Endowed with immense talent, M. L. Vasanthakumari explored areas others would not venture to touch, observes SULOCHANA PATTABHIRAMAN in her tribute to MLV, who passed away 12 years ago. 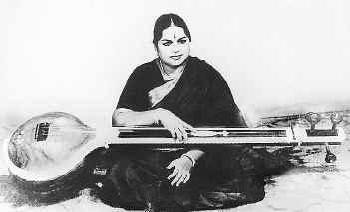 IT IS with a heavy heart that I muster courage to pay tribute to you, MLV, on the solemn occasion of your 12th death anniversary. I, like so many others, am aware of the superb quality of your art and can appreciate the ceaseless efforts and hard work behind your numerous achievements. No language has words enough to compliment you on your various roles in life, as a daughter, wife, mother, disciple, extraordinary musician, guru, playback singer, friend and much above all, a human being in every sense of the word. You were veritably the Rani of Jhansi of Carnatic music, boldly entering areas that even angels would fear to tread.

Why had fate to deal with you so heartlessly, depriving you of even the Biblical span of three score and ten? It was cruel to have been snatched away so early — You, whose initials symbolised Melody, Laya and Vidwath, you, who knew not to be worldly, you, who never dictated terms for your priceless art, you who hardly ever uttered a harsh word, you who never hesitated to encourage and appreciate budding talent, you who were an embodiment of love and compassion, you who cared genuinely for your fellow human beings. You have hardly ever hankered after recognition, awards and honours, they just came into your life as a matter of course and you accepted them with grace. You never bothered about statistics, you were averse to talking about your accomplishments, much less were you inclined to listen to your recorded music. The only criterion for you, having accepted an engagement whether in a temple, a wedding or a prestigious sabha, was to earnestly strive to give of your best.

On one occasion, Bade Ghulam Ali Khan was thrilled to hear Hindolam so delicately and melodiously woven by you, and had difficulty in finding words to express his appreciation. He simply took your hands in his as much as to say ``You are matchless." You strode the world of Carnatic music like a colossus for more than forty years and for your admirers to lose such an artiste is sorrow enough, but to lose a friend with such rare human values is a great personal loss.

Your Guru, the legendary G. N. Balasubramaniam instantly recognised your brilliant talent and honed your skill with the supreme confidence that here was one who would keep the GNB torch alive. It is also a fact that you evolved an innovative style of your own to capture the hearts of thousands of your rasikas. The devoted disciple you were, you paid homage to your guru by popularising his compositions through your concerts and audio recordings. Your enthusiasm to make frequent additions to your already extensive repertoire was remarkable. It cannot be gainsaid that the compositions of the Haridasas of Karnataka acquired greater dimensions because of your singular efforts to propagate and popularise them for which you were conferred a doctorate by the University of Mysore. Music was so much second nature to you that you would sit through a cricket match till 4 p.m. and proceed straight to the Music Academy to give yet another copy book performance. Your spontaneity of musical expression was unparalleled. There was hardly any preplanning for most of your recitals and even your disciples who sang with you, had no clue until you started the opening lyric of each song. It is not an exaggeration to say that in some of your concerts, you composed the pallavi minutes before rendering it in all its glory and splendour — anulomam, pratilomam, niraval, swara improvisations for tricky take off points, kuraippu and the grand ragamalika garland in sweet melodies such as Bowli, Sahana, Behag, Sekharachandrika, Tilang, Sindhubhairavi, Revati, Hamsanandi, et al, and reversing the order to culminate in a superb korvai hitting the Pallavi eduppu bang on target. This scribe has known you to compose a Sankeerna nadai Pallavi on the spur of the moment and render it flawlessly before one of the most discerning and enlightened audiences at the Shanmukhananda Hall, Mumbai.

Handling ragas like Malavi, Andolika, Saranga tharangini, Sivasakthi, Mohanakalyani, etc. was child's play to you, and your audience, enthralled, would wonder how janya ragas even with a limited scope could be elaborated so wonderfully without repetition of prayogas. Your nadai pallavis, sung with clockwork precision, were object lessons to vidwans and vidyartis alike. The Todi raga has earned the reputation of being the King of ragas and you were the uncrowned queen in its detailed delineation, unfolding it with a regal splendour and bringing into focus all its radiant hues. The presentation would be kaleidoscopic and the audience reaction euphoric. Your tanams were vibrant, vivacious and virtuous.

You had redefined the art of kalpanaswara singing with your imaginative patterns rising to soaring heights, while the audience listened with bated breath in anticipation of the crescendo and then the thundering applause, which you would acknowledge modestly with folded hands.

Your ragamalika viruttams and slokas would transport one to the seventh heaven of delight and devotion with their soulful appeal, combining bhakti and bhava. Your Marathi Abhangs, Hindi Bhajans and Tiruppavai, would create a mood of contemplation, while the tillanas spread immense joy and cheer.

The variety in your musical outfit was nothing short of breath taking. You were adept at public speaking that was marked by fluency, clarity and brevity. Being a linguist, you were proficient to speak extempore in English, Tamil, Telugu and Kannada. Your accompanists, whether senior or junior, considered it a great honour to provide support to an artiste of your calibre, for they were assured of cent per cent cooperation and encouragement from you. Among the disciples, Trichur Ramachandran, Charumathi, Sudha Raghunathan and Jayanthi Mohan, to name but a few, have done you real proud. But the one whose latent talent you fine-tuned to a large extent, and one who has made a mark for herself as an outstanding accompanist is Kanyakumari who acknowledges with gratitude your important role in moulding her art.

The memorable concert at the Srinivasa Sastri Hall with the much-revered vidwan Palghat Mani Iyer accompanying you on the mridangam, is to be cherished forever. Discipline was the bottom line in your recitals. You have travelled far and wide and you have been an excellent ambassador of Indian art and culture.

In the celluloid sphere, you created waves in the 1950s and 1960s and with music director C. R. Subbaraman, you made a sparkling twosome producing music that would retain an enduring fragrance, defying the passage of time.

You bade farewell 12 long years ago, but those of us left behind constantly remember that you came, you sang and you conquered. When shall we see the like of you again?